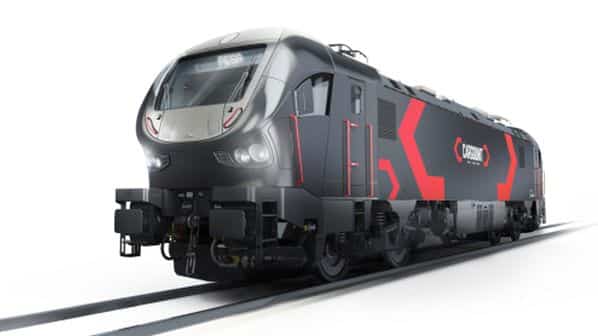 A manufacturer's impression of the Pesa Gama Marathon locomotives to be built for Cargounit for delivery in 2023.
Photo Credit: Pesa

“The first 20 Gama Marathon locomotives are to be delivered in 2023 in order to address existing high demand for modern traction,” says president of Cargounit, Mr Łukasz Boroń.

The Gama Marathon has a traction generator driven by the auxiliary diesel engine which enables the locomotive to move on unelectrified sections of the network.

“With the delivery of the powerful DC electric locomotives with a last mile diesel-electric engine we are able to offer to customers an efficient and ecologically-friendly solution, which allows freight operators to reduce the use of additional diesel traction for the last mile,” says Boroń.

“We chose locomotives with a Pesa commuter module because they perfectly fit the needs of our customers. One locomotive which can drive trains under electric traction, and then perform shunting works in ports or terminals, is a solution that not only reduces costs, but also allows you to save time and increase the efficiency of transport.

“The use of a modern electric locomotive with an auxiliary power module meeting [European] Stage V emissions standards at the end of the line means reducing CO2 emissions.”