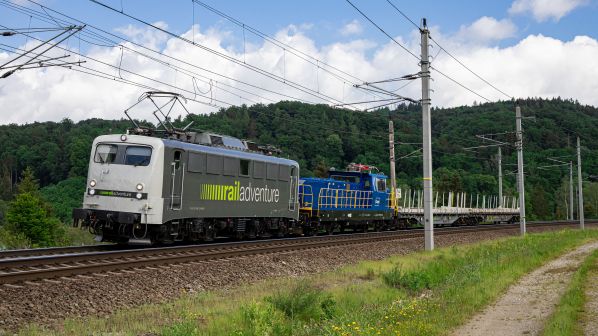 The new locomotive was hauled from Germany to Hungary by RailAdventure.
Photo Credit: Csaba Prohászka

The class 461 locomotive has been delivered by rail to the Dunakeszi works north of Budapest, where it will undergo testing to obtain acceptance for operation on the Hungarian rail network over the coming months.

The 74-tonne locomotive was built by CRRC Zhuzhou, and has been specifically designed for shunting duties with RCH.

It is equipped with lithium-titanate batteries that are charged from the overhead power supply on electrified routes. Power output is 350kW in battery mode and 850kW when drawing power from catenary.

Following acceptance, the shunting locomotive is due to enter service in the second half of 2022.

RCH has ordered two hybrid shunters and two hybrid mainline locomotives that it will lease for a period of four years, with options to purchase them and order up to 20 more locomotives of each type.