The shunter joins the Bison battery-electric hybrid unit, also built by CRRC Zhuzhou, on test at the centre. 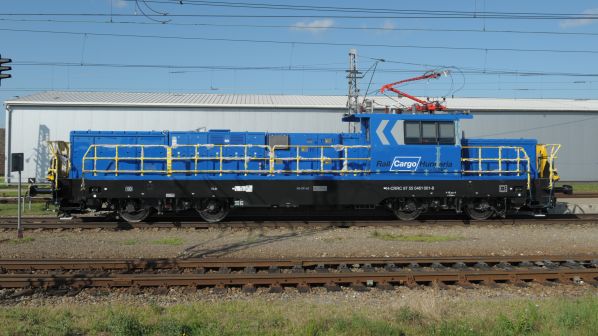 The inaugural test of the locomotive took place in the early morning of July 29 to check compatibility with the test centre’s rail infrastructure. After completing the check and gaining approval, the E-hybrid shunter started to operate on the large test loop, which has a length of about 14km.

In contrast to the 5.4MW CRRC Bison battery-electric locomotive, which is also undergoing testing at Velim to obtain an authorisation to place in service, the registration and EVN for the shunter are Hungary based. The 36-month certification and authorisation process commenced from RCH’s signing of the contract with CRRC Zhuzhou, which took place in September 2019. While the multi-country Bison has an EVN showing Germany as country of registration, the hybrid shunter will  only be authorised for operation in Hungary. RCH says the locomotive will support single wagon load operations.