CRRC Corporation has released images of the first Kleinstlok HH hybrid shunting locomotive for German Rail (DB), which will be on display at InnoTrans in Berlin next month. 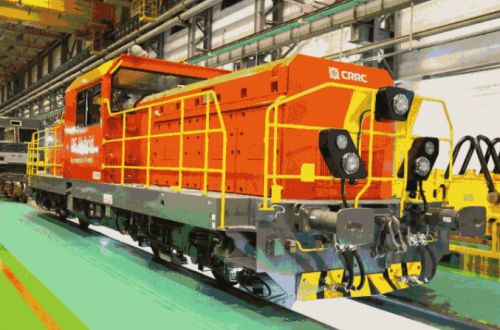 The four-axle locomotive, which will be used in Hamburg, is equipped with a diesel generator and lithium titanate oxide batteries to provide an output of 750kW. The generator can be switched off when the locomotive is idling, with all power coming from the battery.

DB signed a framework contract with CRRC Zhuzhou for up to 20 locomotives earlier this year, with an initial firm order for four units, two of which will be used for maintenance trains and shunting on the Hamburg S-Bahn network.

The locomotive left the port of Shanghai on July 26 and the ship is due to dock at the port of Hamburg this week.