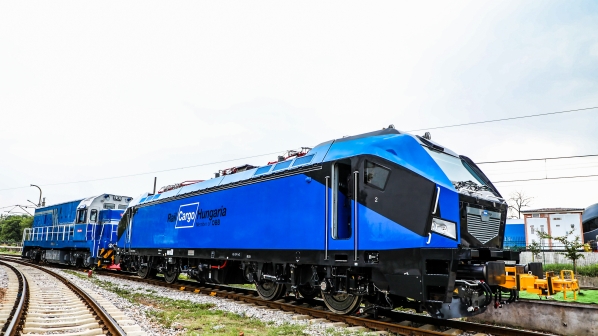 Two of the locomotives will be used for shunting in Hungary with the other two designed for cross-border mainline operation, primarily to the southeast of Hungary and Croatia.

The first unit to be completed is a 5.6MW mainline locomotive that can operate on battery power for shunting or short distance mainline operation. The locomotive is equipped with a “super last-mile” battery power pack that is charged by the overhead electrification during operation and weighs 90 tonnes. The locomotive has a top speed of 120km/h and a tractive effort of 300kN.

The locomotive was designed to meet RCH’s specifications and built within a year in Hunan province, China.

The first shunting locomotive will be rolled out at the end of 2020. RCH will lease two of each locomotive for four years.

CRRC ZELC has three years from the signing of the contract in September 2019 to gain type approval for the two locomotives in Hungary. RCH has options to purchase up to 20 of each type of locomotive if it is happy with the initial orders.