CRRC Zhuzhou has unveiled the first of its Shen 24 28.8MW electric six-section locomotives at a ceremony attended by Chinese government officials and academics from the Chinese Academy of Engineering. 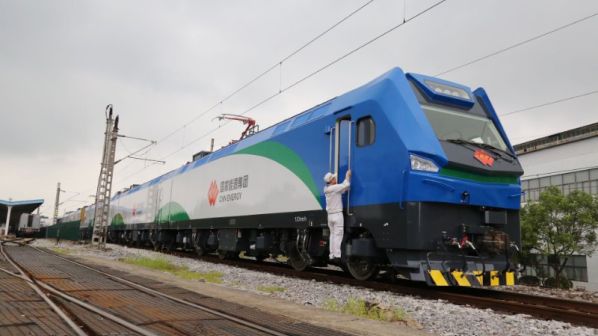 The 106m-long, 24-axle locomotive is part of an order of eight for mining company China Shenhua Energy.

The locomotive is based on the China Railways HXD1 two-section freight locomotive, which has been produced since 2006, but is designed to be safer and more environmentally friendly than previous models in the series.

Shenhua Energy currently operates several models of HXD1 derivative, including two three-section 14·4 MW locomotives and eight two-section locomotives ordered in 2013. The company is reported to be planning a further order of 12 Shen 24 locomotives.