GERMAN RAIL (DB) subsidiary DB Regio has exercised an option worth €108m for an additional 32 class 146 electric locomotives from Bombardier. 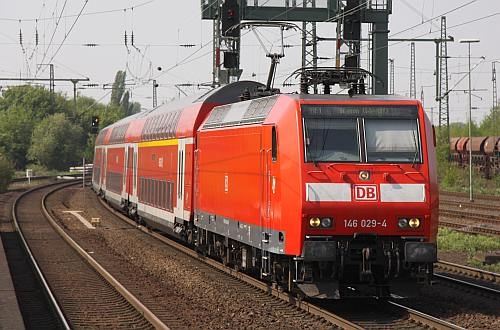 The Bo-Bo locomotives will be the P160AC 15kV ac 5.67MW variant of the Traxx design, capable of operating at up to 160km/h with six double-deck coaches. The new locomotives which will be introduced from 2014 will replace older locomotives on regional services.