THE first train consisting of six Vossloh three-axle G6 shunters has been dispatched to BASF in Ludwigshafen, Germany. 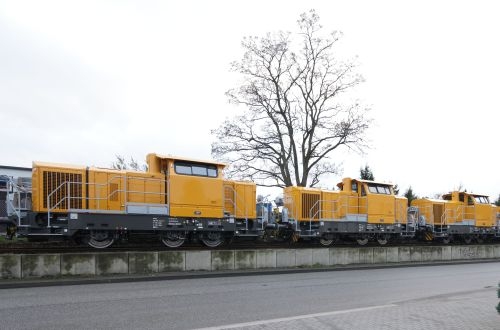 BASF has ordered 16 35km/h G6 shunters as well as four 120km/h four-axle DE 12 locomotives from Vossloh and delivery will be completed in February 2014. When the locomotives arrive in Ludwigshafen, they will be repainted in BASF livery before starting shunting and mainline operations in Ludwigshafen and at other BASF sites.

BASF is the first company to use Vossloh's full range of three and four-axle diesel-electric locomotives which feature high commonality of components and a uniform operating philosophy which is designed to aid both operation and maintenance.

Vossloh will assist BASF to optimise maintenance and spare parts logistics for its locomotive fleet.