BRITISH open-access operator Direct Rail Services (DRS) has revealed the design of its forthcoming EuroLight UK locomotive, 15 of which were ordered from Vossloh last January. 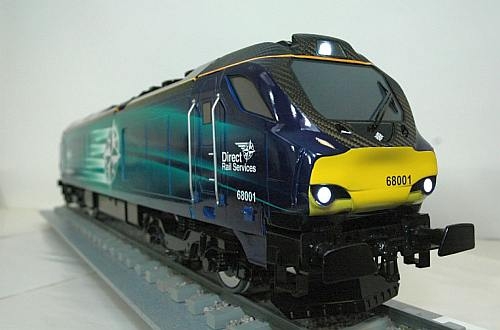 Working in conjunction with DRS and Beacon Rail Leasing, Vossloh has specially adapted the 160km/h mixed-traffic EuroLight for operation in Britain, where it will be designated class 68. The first class 68 is currently being assembled by Vossloh Rail Vehicles at its Albuixech site near Valencia, Spain, and deliveries will begin later this year.

The 2.8MW Bo-Bo diesel-electric locomotive will be equipped with a 16-cylinder Caterpillar C175 engine and advanced ac drive traction systems from ABB.