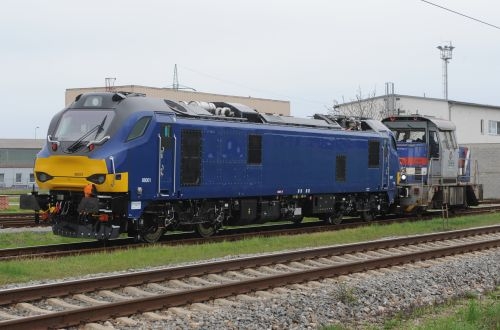 DRS ordered the locomotives in 2013 through Beacon Rail Leasing, with assembly being carried out at Stadler Rail Valencia's plant in Albuixech, Spain.

The four-axle class 88 has a maximum output of 4MW under 25kV 50Hz ac electric traction and 700kW under diesel power, delivering tractive effort of 317kN in both modes. The 160km/h units are equipped with regenerative braking and will have a 500kW electric train heating rating.

The class 88s share many major components with the class 68 UKLight diesel locomotive, including bodyshells, cabs, braking systems, bogies, traction equipment, and control software. DRS has ordered 32 class 68s in three batches, 25 of which have been delivered so far.