First HSP46 for Boston on test at TTCI

THE first of 40 HSP46 diesel locomotives being supplied by Wabtec subsidiary MotivePower to Massachusetts Bay Transportation Authority (MBTA) for use on commuter services around Boston has arrived at TTCI's test centre in Pueblo, Colorado, for testing. 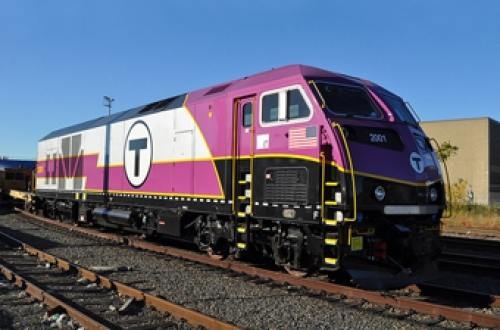 MBTA approved the purchase of 20 HSP46s in 2010 in a deal worth $US 114m, which was MBTA's first order for new locomotives in 20 years. A further order for seven units was placed in 2012, and an option for 13 locomotives was exercised in June this year, taking the total order to 40 units.

All of the locomotives ordered by MBTA will be assembled at MotivePower's plant in Boise, Idaho.