CZ Loko has delivered the first of two Czech EffiShunter 1000M locomotives to Hungarian operator CER Cargo, the first international operator for the platform, with the second due to be delivered in September. 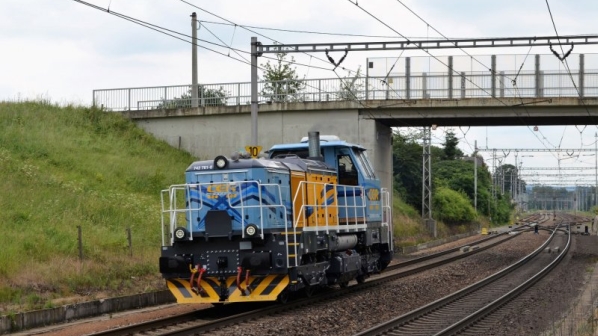 The EffiShunter 1000M 742.71x series locomotive is based on a rebuilt 742 ČKD locomotive, and meets CZ Loko’s technical and structural standards.

CER Cargo is the second customer for the EffiShunter 1000M, behind ČD Cargo. CZ Loko has already supplied EffiLiner 1600, EffiLiner 3000 and EffiShunter 1600 locomotives to CER Cargo.

“Ensuring reliable and well-functioning independent traction on the Hungarian and Slovakian network is of strategic importance to us,” says CER Cargo chairman, Mr László Horváth. “It is the independent traction on the local railway networks that gives us a clear competitive advantage. That is why we are strengthening our diesel fleet with reliable CZ Loko locomotives.”

For detailed data on locomotives around the world, subscribe to IRJ Pro.