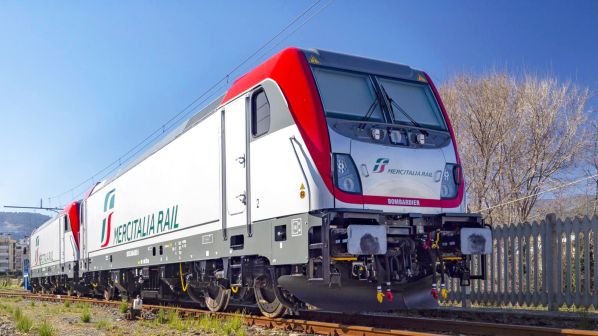 Delivery of the locomotives will continue at the rate of five per month from Bombardier’s Vado Ligure plant and should be completed in October. The €180m contract, which was signed in December 2017, includes an option for an additional 20 units. Bombardier will maintain the locomotives for eight years.

The 6.4MW locomotives, which have a tractive effort of 320kN, have regenerative braking and an Eco-mode system which means they will consume less energy compared with existing electric locomotives.

“The new locomotive, together with the interoperable ones already ordered by TX Logistik (the German subsidiary of Mercitalia Polo which operates in the major European countries) constitute our most important investment,” says Gosso. “A total investment of about €400m will allow us to renew, in the next two years, about a third of the owned locomotive fleet in order to offer our customers greater transport capacity and more reliable and punctual services.”