INDIAN Railways (IR) has received five bids from international suppliers for a contract worth around Rs 50bn ($US 800m) to supply 200 6.7MW electric locomotives for the 1534km Western Dedicated Freight Corridor (DFC). 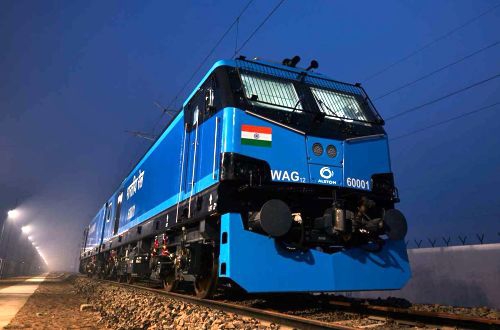 Alstom, a BHEL-EMD consortium, Bombardier, Siemens, and a consortium of Toshiba and CRRC submitted offers before the March 15 deadline.

Bids for the technology transfer contract are due to be opened in April, with the deal is likely to be finalised by the end of the year.

The competitive tender was launched after talks with a Kawasaki-led consortium broke down amid a disagreement over price.

The Western DFC is being financed by the Japan International Cooperation Agency (Jica) and the original loan agreement stipulated that locomotives and rolling stock should be acquired from Japanese manufacturers.

When bids were first floated in 2015, the Kawasaki-led consortium had quoted a price of Rs 500m per locomotive, but IR insisted it would only be willing to pay half this figure on the grounds that Alstom was supplying more powerful locomotives at a unit price of Rs 250m.

After a series of negotiations, IR persuaded its Japanese partners to agree to a change in the loan agreement that permits the international competitive bidding process.

According to the tender conditions, the first 10 locomotives will be imported, while the remaining 190 units will be assembled at Chittaranjan Locomotive Works in Asansol, West Bengal.

The winning bidder will also build a depot for the fleet at Rewari in the northern state of Haryana.

The locomotives will haul double-stack container trains on the Western DFC, which is due for completion in 2019.