FLORIDA East Coast Railway (FEC) announced on January 30 that it will order 24 ES44C4 Evolution Series diesel locomotives from GE Transportation for use on freight services on its 565km main line between Miami and Jacksonville. 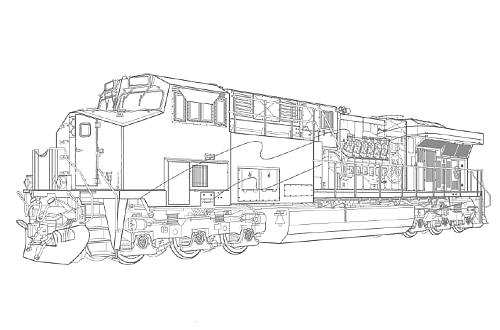 The 3.28MW ac traction six-axle units are designed to meet US EPA Tier 3 emissions standards, and are equipped with GE's Dynamic Weight Management system, which continuously monitors traction performance. When additional adhesion is required, the system automatically transfers weight from the unpowered axle to the ac-powered axles. The system operates only at low speed, and GE says it is projected to redistribute axle weight less for than 5% of the total operating time.

The launch customer for the ES44C4 was BNSF Railway, which received the first of 25 units in 2009.