EUROTUNNEL'S subsidiary GB Railfreight (GBRf) has signed a contract with EMD for eight additional class 66 diesel locomotives, the first new class 66s to be built for a British operator since 2008. 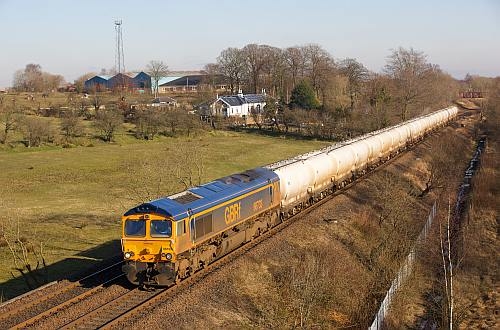 The 2.27MW locomotives will be delivered to Britain next August, providing the additional fleet capacity required for the operation of biomass trains between the Port of Tyne and Drax power station in northeast England as well as Network Rail infrastructure trains. The locomotives are likely to be built at EMD's Muncie plant in Indiana.

The order will take the total number of class 66s in service with GBRf to 58 units, including three acquired from the Netherlands, which have been converted for use in Britain, and two locomotives from Germany, which are currently being modified.