GE Transportation is set to supply at least 1000 diesel locomotives to Indian Railways (IR) after GE Global Sourcing India was selected as preferred bidder for a Rs 220bn ($US 4.2bn) contract to establish a new joint venture production facility at Marhoura in the eastern Indian state of Bihar, which will build 700 3.36MW and 300 4.47MW units over the next decade. 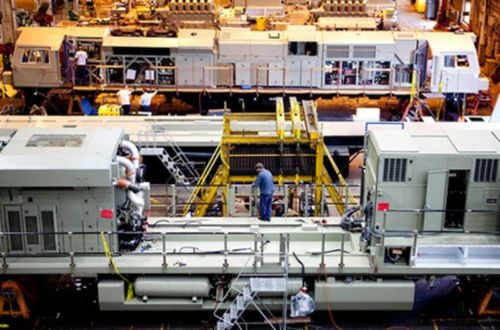 IR will hold a 26% stake in the joint venture company, subject to a maximum investment of Rs 1bn. In addition to production, the joint venture will be responsible for maintaining the fleet for a period of 13 years from the start of production. The deal also includes clauses guaranteeing minimum levels of performance and transfer of technology.

Deliveries will take place at a rate of 100 units per year at a basic price of Rs 146bn, although only the first 100 locomotives will be purchased outright.

The plant is due to come online within three years and a 91.5 hectare site has already been acquired.