GE Transportation announced on July 27 that locomotive production will cease at its plant in Erie, Pennsylvania, at the end of next year with the loss of 575 jobs. 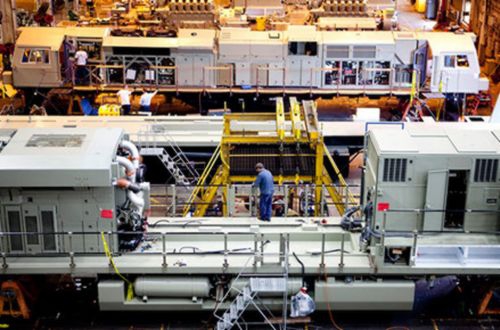 The company said in a statement that the decision to move production to Fort Worth, Texas, comes following a 10% drop in domestic orders.

“Given these market realities and the need for cost competitiveness across our global markets, GE Transportation announced its intent to transfer production of locomotives and kits for international customers to the GE Manufacturing Solutions facility in Forth Worth,” GE says. “The move is necessary to drive efficiency, better compete in the increasingly competitive global market, and preserve US jobs.”

General Electric has produced locomotives at its plant in Lawrence Park since 1910. The facility will continue to operate in design, engineering, prototype development and components production, GE chief executive Mrs Jamie Miller said in a letter to employees.