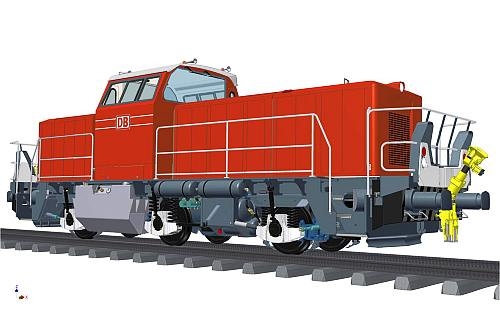 Under the agreement, DAL will purchase five three-axle H3 hybrid locomotives from Alstom, which will be leased to DB Regio for a period of eight years. They will be used for shunting duties at Nuremberg and Würzburg, where they will enter service in 2015. The locomotives will be equipped with a 350kW diesel engine, which will be compliant with European Stage IIIB emissions standards, but DB says it expects the locomotives to operate on battery power 80% of the time.

The project is being financed with the aid of a €600,000 grant from the state of Bavaria and is intended to demonstrate the capabilities of mass-produced hybrid shunting locomotives in daily use. The trial will study the operating characteristics of hybrid technology, as well as fuel consumption, emissions, and maintenance costs.

Last year Alstom signed an agreement to supply four H3 hybrids to Volkswagen for shunting at its Wolfsurg plant from 2014.