INDIAN Railways (IR) is exploring options to extricate itself from a Japan International Cooperation Agency (JICA) precondition that binds it to acquire rolling stock and systems equipment from Japanese companies, after talks with a Kawasaki-led consortium over the acquisition of 200 freight locomotives broke down. 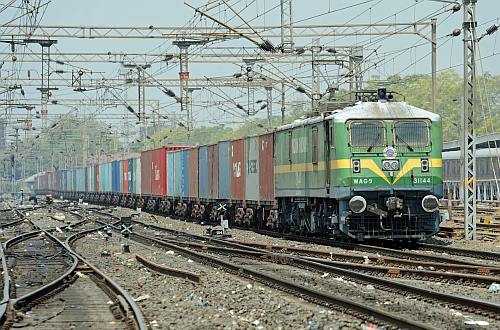 Most of the 6.7MW electric locomotives would have been assembled in India under a transfer of technology agreement and used on the Western Dedicated Freight Corridor (DFC), which is being constructed with the aid of JICA funding.

“Following disagreements over price, IR has had it conveyed to Japanese officials that the deal cannot go through on the current terms,” a Ministry of Railways source said. “We are now looking at the possibility of inviting bids from non-Japanese locomotive manufacturers by floating a fresh global bid,”

The JICA loan for the Western DFC was agreed with an interest rate of 0.1%. “If the Indian government agrees to pay a slightly higher interest rate, it might be possible to overcome the precondition of acquiring rolling stock solely from Japanese firms,” an official said.

In a similar case with Delhi metro, the Indian government persuaded the Japanese government to waive the “tied-loan” requirement following disagreements over price. Delhi Metro Rail Corporation subsequently floated global tenders for rolling stock and systems, paving the way for the entry of international suppliers including Bombardier and Hyundai Rotem.

IR expected to pay no more than Rs 250m ($US 4.7m) per locomotive, the price it has agreed with Alstom for the Prima electric locomotives that will start rolling out from its Madhepura plant in 2019. However, the Japanese consortium offered a unit price of Rs 500m.
Sources say the price was subsequently revised to Rs 360m, but IR sought further reductions.

IR had been in talks with the consortium for eight months over the deal. The first 40 locomotives would have been built in Japan, with the following 60 units shipped to India as kits. The remaining 110 locomotives would be manufactured domestically.