INDIA's Ministry of Railways has invited requests for qualification (RFQ) to establish a new diesel locomotive factory at Marhowra, in the Saran district of Bihar province. 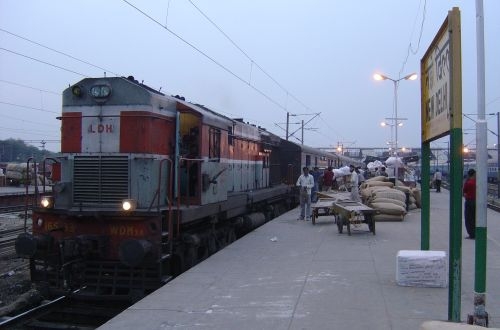 The winning bidder will be expected to set up the plant and produce and maintain 1000 diesel locomotives with power ratings of 3.4MW and 4.5MW over an 11-year period as well as maintain a specified number of mainline diesel electric locomotives.

The government anticipates significant international investment in the factories which will be established as joint ventures between Indian Railways and the winning bidder. General Electric, Alstom, Bombardier and Siemens were previously shortlisted for the electric locomotive contract, while a GE-Bharat Heavy Electricals joint venture was set to compete with Electro Motive Diesel for the diesel contract.

The controversial projects were first proposed as public-private partnership as long ago as 2006 but broke down during the bidding process in 2009 after the ministry attempted to alter the terms of the bidding documents. Local media considers the decision to site both plants in Bihar as politically motivated ahead of next year's general election.

The ministry plans to pre-qualify and shortlist suitable applicants for the diesel contract with the RFQ available for download from its website and obtainable from its headquarters in Delhi. The deadline for submissions is 1130 on June 20.