IR exercises option for extra units with delivery due to start in April 2023. 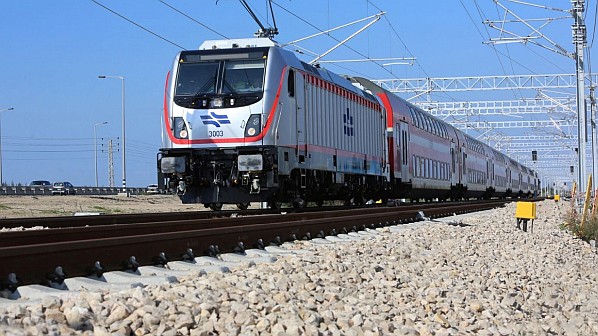 A further 36 Traxx locomotives have been ordered by Israel Railways.
Photo Credit: Alstom.

ISRAEL Railways (IR) will take delivery of 36 new Traxx locomotives from Alstom between April 2023 and October 2024 after it issued a notice to proceed for the extra units as part of a framework agreement signed with Bombardier Transportation in August 2015.

The new 6MW 25kv 50Hz electric locomotives will be delivered at a rate of two or three units per month.

In September 2015, IR ordered 62 16km/h P160 AC3 locomotives, which included an option for the additional units. The contract was signed with Bombardier Transportation, which has since been acquired by Alstom. The initial Traxx contract was worth Shekels 1bn ($US 260m).

The supplier has delivered 27 Traxx units to IR to date and these are being used to support Israel’s expanding electric network. IR maintains the units at its Lod depot with warranty services support from Alstom’s Product Introduction teams.

The locomotives operate with ISR Twindexx Vario double-deck coaches also built by Bombardier (Alstom), with more than 500 of these introduced since 2002.

For in-depth data on locomotive orders from across the world, subscribe to IRJ Pro.