THE board of KiwiRail has approved the acquisition of 15 additional DL class locomotives from CRRC Corporation subsidiary Dalian Locomotive and Rolling Stock for delivery in 2018, despite ongoing issues with asbestos contamination with the fleet of 48 units already delivered to New Zealand. 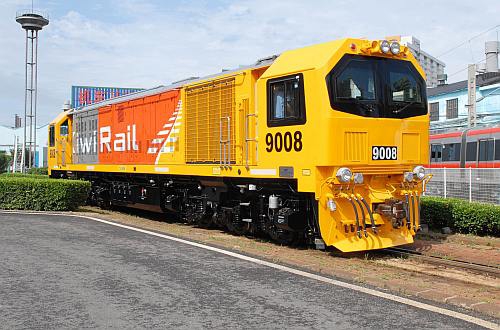 However in February 2014, 40 locomotives were withdrawn from service after asbestos was discovered in a resin used for soundproofing the driver's cabs. With the locomotives still under warranty, CNR (now part of CRRC) launched a rectification programme and the fleet gradually returned to service from April 2014.

However, according to a report on Radio New Zealand on July 8, 24 of the locomotives already given the all-clear are still contaminated with asbestos. Documents obtained by the broadcaster showed that in April asbestos was discovered in gaskets used in the electrical and braking systems of locomotives from the first and second batches.