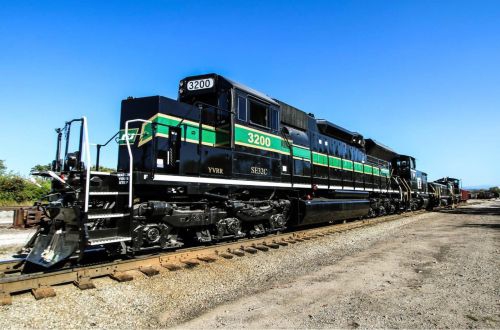 All models in the SE Series are based on EMD and GE locomotives, and utilise many of the original components, including bogies, traction motors, and wheels, which are retained and rebuilt wherever possible.

The locomotives are also equipped with a TMV Traction and Engine Control Unit (Tecu), which controls the engine speed and power, cooling fans, direction control and automatic engine start-stop (AESS). KLW says the Tecu is around 75% smaller than a typical Dash-2 module rack and therefore requires much less wiring than older electronic systems. A touchscreen interface enables real-time monitoring of the locomotive’s diagnostics.

Tecu also features wheelslip control, which can increase starting tractive effort by up to 40%.