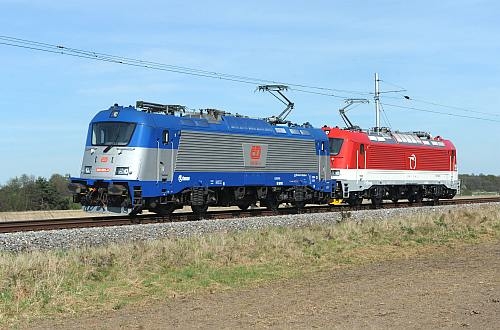 The granting of the declaration is a major step towards gaining type authorisation on various European railway networks, which remains the responsibility of the national safety authorities of individual member states. However, the granting of the TSI means national safety authorities will only need to focus on infrastructure compatibility before granting authorisation to place into service.

The 109E was designed and built by Škoda Transportation at its plant in Plzeň, Czech Republic, and is equipped for operation in Czech Republic, Slovakia, Hungary, Austria, Germany, and Poland. The 6.4MW Bo-Bo locomotive is capable of operating at up to 200km/h under 3kV dc, 15 kV 16.7 Hz ac and 25 kV 50 Hz electrification systems. For the international operations the locomotives are equipped with (or prepared for) various signalling systems, including ETCS, PZB/LZB, Mirel VZ1, and SHP.

Škoda Transportation says it has invested €38m in the development of the 109E. So far Czech Railways (CD) has ordered 20 locomotives (classified class 380), while Slovakian State Railways (ZSSK) has ordered two units (class 381). The authorisation for the ZSSK locomotives is based on the TSI for conventional rolling stock, and these units have a maximum permitted speed of 160km/h.

Both variants are now in service, although until now the Czech locomotives have operated under a declaration of no objection from the Czech national safety authority.