LOCOMOTIVE leasing company Mitsui Rail Capital Europe (MRCE) has ordered 15 Vectron four-axle ac electric locomotives from Siemens which are intended for use on cross-border operations between Germany, Austria and Hungary. 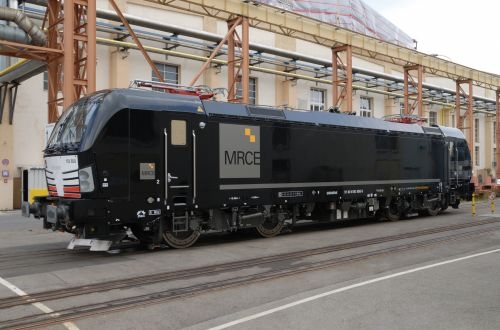 The locomotives will be manufactured at Siemens' Munich-Allach plant with each unit set to be equipped with national signalling systems as well as ETCS. They will have a maximum output of 6.4MW and a top speed of 160km/h while some of the locomotives will be equipped with a multi-system conversion package which will allow a straightforward upgrade at a later date. Cabling for the installation of additional train protection systems is also preinstalled.

MRCE, the European subsidiary of Japanese Mitsui which has a fleet of around 300 locomotives, is the second European leasing company to order Vectron following an order from Railpool for 42 units in December 2010. The first Vectron unit will be delivered by the end of the year. Siemens declined to say when the final unit will be delivered and the value of the contract.