LITHUANIAN Railways (LG) CEO Mr Stasys Dailydka has signed a memorandum of understanding with Transmashholding (TMH) president Mr Andrei Bokarev as a first step towards establishing a joint venture to assemble locomotives in Lithuania for the Baltic States and other European markets. 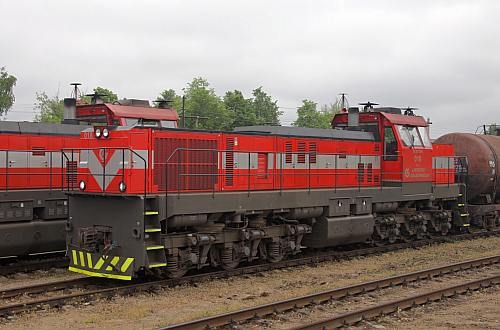 LG and TMH have already collaborated on the production of diesel shunting locmotives, which were assembled at LG's Vilnius depot. A number of these units have been exported to Estonia.
Photo Credit: Keith Fender

TMH says the joint venture will also collaborate on research and development initiatives.