IRJ at InnoTrans 2012: MAN has unveiled two new-generation diesel engines for locomotives and dmus at InnoTrans. 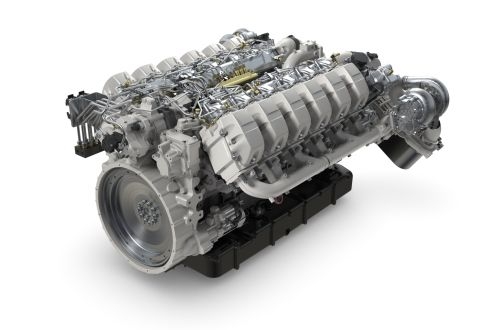 The D2862 LE63x (pictured) is a completely new 24.2 litre 12-cylinder engine, offering outputs ranging from 588kW to 735kW. The engine based on MAN's latest V12, which is already in widespread agricultural, marine, and industrial use, and has a height of 850mm, making it suitable for underfloor applications.

The turbocharger has been moved to the side of the engine to allow easy access for maintenance, although MAN can supply the D2862 LE63x with a centrally-mounted turbocharger if required.