The operator is also ordering 39 sets of coaches. 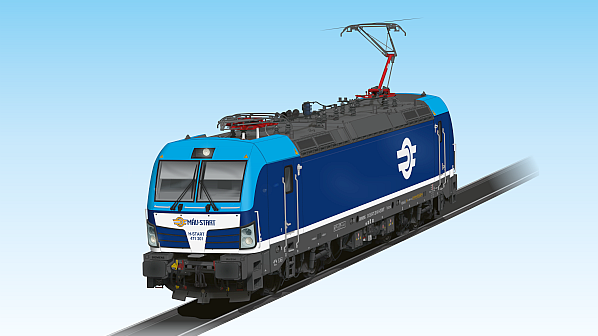 THE Hungarian government has approved the purchase of 50 Vectron locomotives and 39 sets of fixed formation coaches for national operator MÁV-Start using a loan from European rolling stock financier Eurofima. The loan was required after cuts in the state budget withdrew direct funding for the locomotives.

The locomotives will be ordered from a framework agreement for up to 115 Vectron locomotives that MÁV-Start signed with Siemens Mobility in April, while a joint tender for the coaches with an option for another 10 sets will be published before the end of the year.

The coaches will be jointly ordered by MÁV-Start and the National Transport Organiser (OKSZ), a new body that will replace the Rail Capacity Allocation Office (VPE). OKSZ will also be responsible for tendering rail services, monitoring and harmonising the quality of public transport services including trains and buses, and establishing a common national fare system with a dedicated app.

OKSZ will purchase the rolling stock and lease it to MÁV-Start or any other operator that wins a PSO contract after the Hungarian passenger rail market is fully liberalised in 2033. The 39 sets will have a fixed formation of seven or nine coaches, similar to those already used for Railjet services.

OKSZ will be launched in January 2023, and will combine staff from MÁV-Start, Budapest suburban operator MÁV-HÉV, the Györ-Sopron-Ebenfurt Railway (GySEV) and the National Transport Research Institute (KTI).