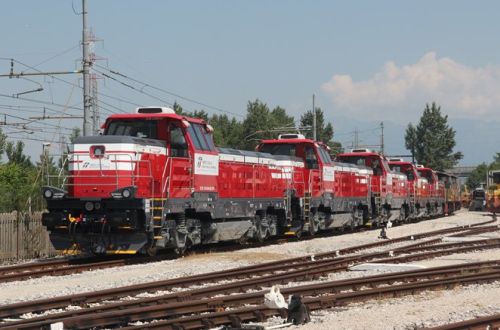 The single-cab ac locomotives will be used for shunting at terminals in Milan, Ravenna and Livorno and are also expected to be used in line service from the end of the year.

The 100km/h locomotive EffiShunter 1000 is equipped with a Caterpillar C32 prime mover, which is compliant with European Union Stage IIIB emissions standards.