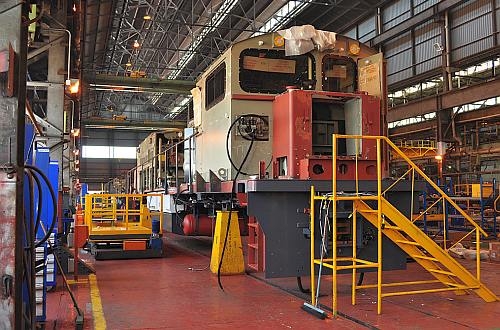 The 1067mm gauge locomotives were ordered in 2011 at a cost of $US 41.2m for use on passenger and freight trains on CFM's southern route serving the port of Maputo. They will be capable of hauling longer and heavier trains than the current fleet of 12 older locomotives, and will reduce the need to lease traction from abroad.

The locomotives were assembled at the Transnet Rail Engineering (TRE) Koedoespoort plant in South Africa, where similar class 43 locomotives have been produced for Transnet Freight Rail.

In November GE and TRE delivered six C30ACis to Kumba Iron Ore for use at its Sishen mine in the South African province of Northern Cape.