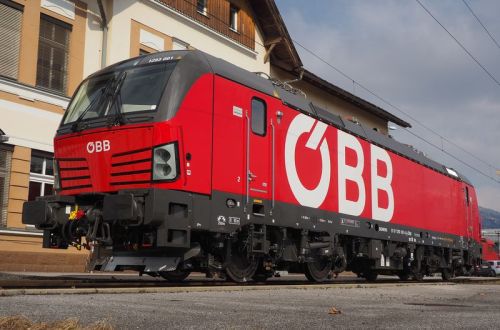 The first three locomotives were delivered in the spring and were due to be authorised for operation in Italy by the end of May. As this deadline was missed, Siemens hired class 186 electric locomotives from MRCE to provide traction for Rail Cargo Austria trains in Italy.

Following authorisation for the Italian network, delivery of locomotives has resumed with six units (1293 004-009) arriving in Austria on August 22.

ÖBB awarded Siemens a framework contract for up to 200 Vectrons in January 2017. The contract includes an initial firm order worth around €120m for 30 ETCS-equipped multi-system locomotives, which will be based at Innsbruck and Villach for freight workings into and within Italy.

The framework contract includes options for up to 100 ac Vectrons, 50 ac units with last-mile diesel modules, and 50 multisystem locomotives.