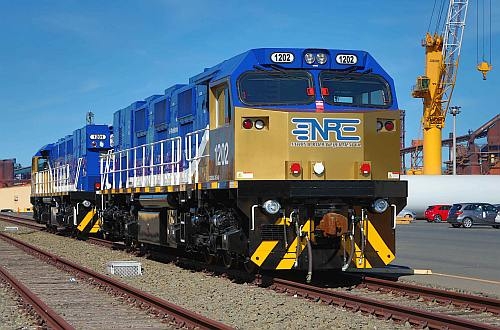 The locomotives share the same gensets, control system and other critical key components with NREC's 1200 class units (pictured), which were delivered to Australia in May 2013.

The seven units for Pacific National will be a four-axle design, as opposed to the six-axle 1200 class demonstrators currently undergoing testing and certification, and will have a nominal power rating of 1.19MW, derived from two Cummins gensets.

The first locomotives are due to be delivered in mid-2014 and it is assumed they will replace the ageing English Electric powered fleet inherited when Pacific National took over internal operations at Port Kembla in 2007.