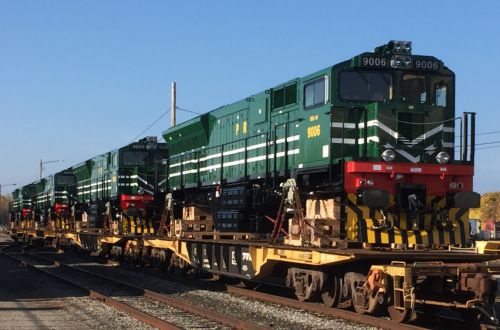 The dc traction 1.72MW mixed-traffic locomotives will operate primarily on the Lahore - Karachi line but will also be used on services to Peshawar and Quetta.

The 140km/h locomotives will weigh 107 tonnes, making them suitable for operation on branch lines with restricted axleloads.

The single-cab units will be equipped with air conditioning and are designed to operate in temperatures of up to 55oC.

Production will take place at GE’s plant in Erie, Pennsylvania, and deliveries will be completed by the end of 2018.

GE is currently building a fleet of 55 ES43 ACi Evolution Series diesel locomotives for PR, 32 of which have been delivered to Pakistan.