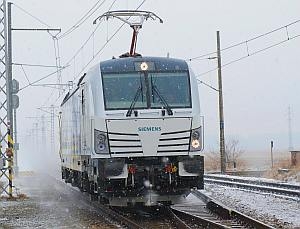 The trial, which began on April 1, involves a Siemens-owned 5.2MW 3kV dc demonstrator locomotive, which is being used daily on two return services between Warsaw and Krakow, a total distance of around 1250km. Testing is due to continue until the end of the month, but may be extended.

Siemens launched the Vectron family of diesel and electric locomotives in 2008, and the prototype locomotives have been tested in various European countries over the last two years, although they are only currently certified for use in Poland.