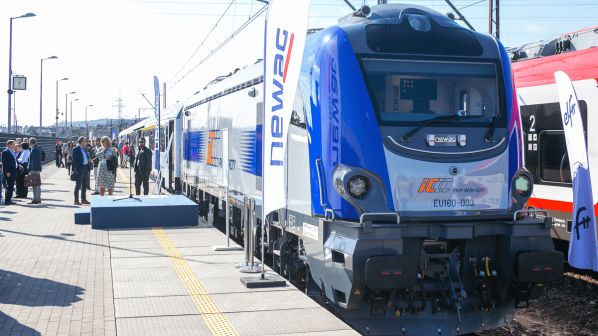 The order, which is being partially funded by the EU, is an option from a contract for 20 locomotives which was signed in May 2018. The order was announced at the Trako 2019 exhibition in Gdansk, where one of the first locomotives is on display. All 20 units from the initial batch are due to be delivered by the end of 2020.

PKP Intercity says it plans to deploy the 160km/h Griffins on the Przemyśl - Lublin - Warsaw - Bydgoszcz - Gdynia and Suwalki - Bialystok/Lublin - Warsaw - Poznań - Szczecin/Gorzów corridors, although the locomotives will also see service on other routes in Poland.

PKP Intercity is ordering new locomotives as part of a broader fleet modernisation programme. In July, the company awarded Stadler a Zlotys 1.bn contract to supply and maintain 12 eight-car Flirt EMUs and in June it ordered 26 200km/h coaches from H Cegielski.