GB Railfreight announced on April 3 that it has signed a lease and contract with Progress Rail for the repowering of 16 class 56 diesel locomotives acquired from UK Rail Leasing in June 2018. 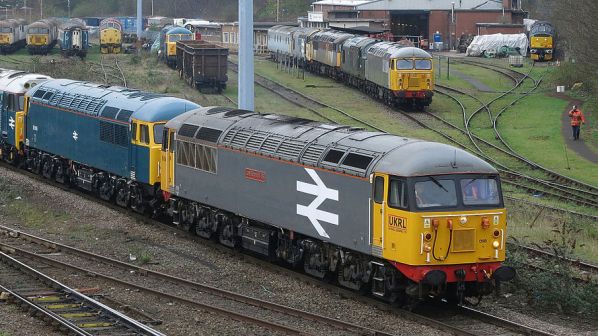 The project involves replacing the original Ruston-Paxman RK3 power units with EMD 12-710 Series engines, which are compliant with EU Stage 3A emissions standards.

The six-axle locomotives will also be equipped with an electronic control system based on that used in the EMD class 66.

The work will be carried out at Progress Rail’s facility in Longport, Stoke-on-Trent, and the first completed locomotive will be outshopped in May 2020. The modified locomotives will be designated class 69.

GB Railfreight says the project will address a shortage of freight traction in the British market while improving the cab environment and reducing emissions and fuel consumption.

The fleet of 135 class 56s was originally built by Electroputere, Romania, and British Rail Engineering Limited between 1976 and 1984.