RAIL Operations UK (ROUK), a British provider of specialist rail services, has signed a framework agreement with Stadler for the supply of up to 30 class 93 electric-battery-diesel-electric tri-mode locomotives, with an initial batch of 10 locomotives scheduled for delivery in early 2023. 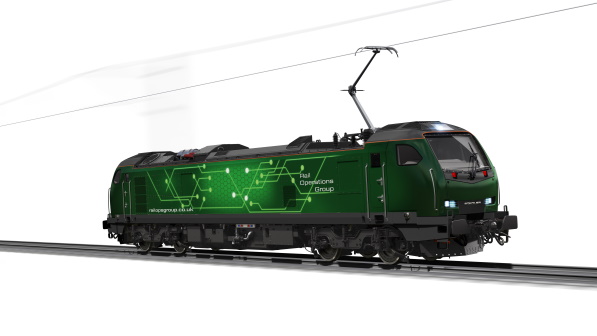 The Bo-Bo mixed-traffic locomotives are based on Stadler’s class 68 and class 88 locomotives, supplied to Direct Rail Services, and will have a maximum speed of 177km/h. The locomotives will be manufactured at Stadler’s Albuixech site near Valencia, Spain.

In electric mode, the locomotives will run on 25kV ac electrification, with a power rating of 4000kW. The locomotive also has a Caterpillar C32 diesel engine with a nominal power of 900kW for operation on unelectrified sections, as well as two Lithium Titanite Oxide (LTO) traction battery packs, which provide 400kW of additional power when operating in diesel or battery hybrid mode, or when providing last-mile shunting operation.

The locomotives are expected to provide significant reductions to ROUK’s carbon emissions, in line with governmental decarbonisation requirements.

“The rail industry has acted very positively in understanding its role in reducing carbon emissions and improving inner city air quality,” says Mr Karl Watts, CEO of ROUK. “The class 93 fleet with its array of green credentials, will allow us to lead the way in supporting the rail industry deliver its decarbonisation targets. Furthermore, with its impressive state-of-the-art specification, the class 93s also allow us to develop new markets and modernise many aspects of UK train operations”.

The company previously announced plans to purchase a fleet of 10 class 93s in 2018, with an original planned delivery date of August 2020. However, no contract was subsequently signed.

The news follows the acquisition of a majority stake in ROUK by European fund manager Star Capital on January 12. The fund manager has announced the establishment of a new subsidiary under the brand, Orion, which will provide high-speed logistics and express freight services, alongside ROUK’s existing subsidiaries, Rail Operations Group (ROG) and Traxion.

“We are thrilled to partner with an investor of Star’s stature to accelerate our growth and expand into new activities,” Watts says. “The growth capital from Star will enable the group to widen its service offering and cement further its reputation as a high-quality, safety-focused solutions provider to our customers.”