Order with Siemens Mobility follows a deal for 20 units signed in August 2021. 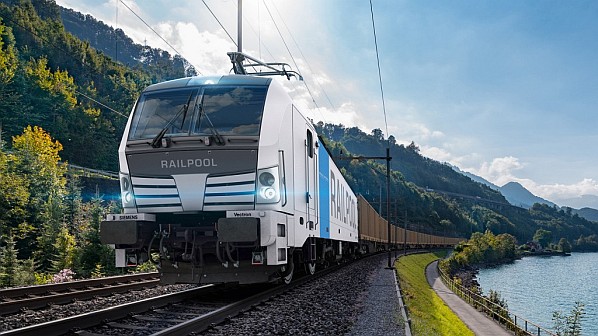 Railpool has signed a framework contract for another 100 Vectron locomotives.
Photo Credit: Siemens

EUROPEAN leasing company Railpool has awarded a framework contract to Siemens for the supply of 100 Vectron locomotives and has placed a firm order for 70 units.

The order consists of various locomotive types, which will be used on numerous European rail corridors operating in up to 18 countries. The locomotives will have a maximum output of 6.4MW, a top speed of 200km/h, and will be equipped with national signalling systems as well as ETCS.

Railpool and Siemens would not confirm the precise breakdown of the order or the delivery schedule. Railpool says the locomotives will be used by both existing and prospective customers.

The order follows a contract awarded by Railpool for 20 multisystem Vectrons in August 2021. Deliveries are due to start in March and these locomotives will be approved to operate in 11 countries in central and eastern Europe.

Together the orders take Railpool’s total Vectron fleet to 153 units.