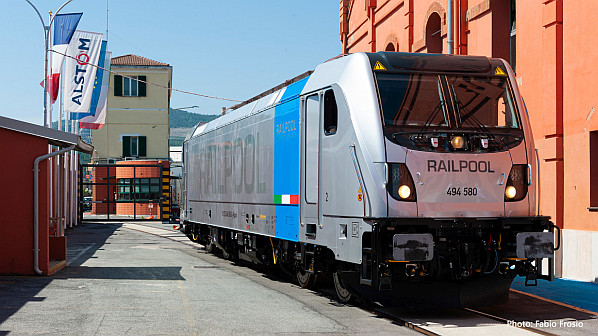 Railpool has ordered 15 Traxx locomotives, with an option for a further five.
Photo Credit: Alstom.

EUROPEAN leasing company Railpool has ordered 15 Alstom Traxx locomotives, with an option for a further five units, for use in Italy, Norway and Sweden. Deliveries are scheduled to take place between the second and fourth quarters of 2023.

10 ac locomotives have been ordered for Scandinavia and five dc locomotives for Italy. The units will be capable of 5.6MW, and 6.0MW using power boost mode. Battery and diesel last-mile technology will also be fitted.

The Scandinavian locomotives will be ETCS baseline 3 ready in preparation for the launch of the system in Norway in 2023.

Manufacturing of the locomotives will be undertaken at Alstom’s Kassel factory in Germany and Vado Ligure in Italy.

The order with Alstom follows a framework contract award for Siemens to supply an initial 70 Vectron locomotives, with an option for a further 30 units, in early-January.

For data on locomotive orders, subscribe to IRJ Pro.