RUSSIAN Railways (RZD) has announced plans to purchase up to 1000 new electric locomotives at a potential cost of around €2bn over the next three years. 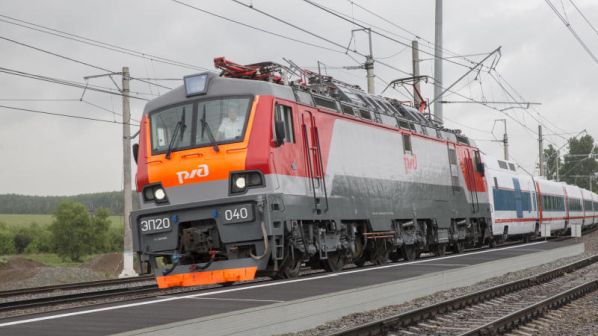 The new locomotives will be used for a mixture of freight and passenger services operated by RZD and will replace diesel and ageing electric units.

Procurement is expected to be divided into multiple contracts and cover a variety of models and specifications, although no final decision has yet been made on the precise make-up of these orders. Manufacturing is likely to take place in Russia but this will ultimately depend on the operation plan for the locomotives, which has also yet to be decided.

More than half of Russia’s 85,000km railway network is electrified while more than 85% of all passenger journeys take place on electrified lines.

As well as the new electric units, RZD is investing in its EMU fleet with 183 of the Lastochka EMUs ordered from the Ural Locomotives joint venture of Siemens and Sinara now in service. The railway plans to increase the fleet to 270 vehicles by 2021.