RUSSIAN Railways (RZD) has signed a memorandum of understanding for the supply of 350 four-axle electric locomotives with Siemens and its Russian joint venture partner Sinara. 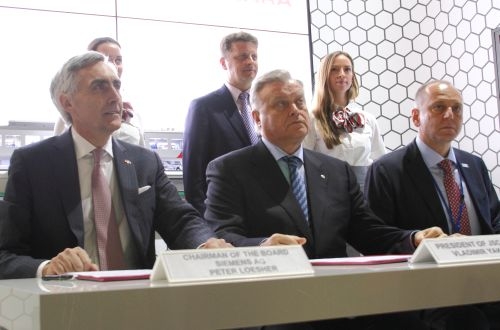 The signing ceremony was conducted at the Hannover Fair in Germany by RZD president Mr Vladimir Yakunin, the president and CEO of Siemens Mr Peter Löscher, and the Sinara president Mr Dmitri Pumpyansky. The contract is expected to be agreed next year with a view to delivering the locomotives by 2020.

This follows an MoU signed in December 2012 between RZD and Ural Locomotives for 675 type 2ES10 locomotives.