Delivery of the locomotives will take place in 2024. 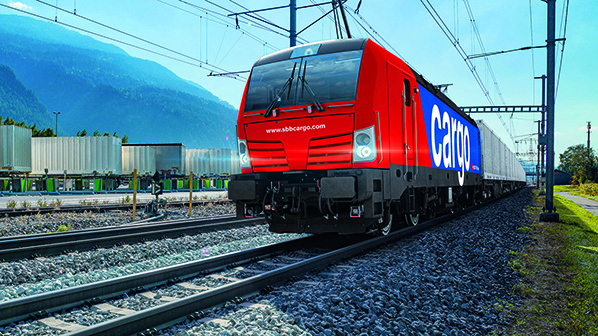 SBB Cargo will add another 35 Vectron electric locomotives to its fleet after reaching an agreement with LokRoll 3, the investment vehicle of Reichmuth & Co Investment Management, which has placed the order with Siemens Mobility for the new locomotives.

SBB Cargo will lease the 160km/h locomotives for eight years from LokRoll 3 via its asset manager Northrail, which it commissioned for the order. The deal includes local maintenance of the locomotives by Siemens Mobility for the duration of the lease.

The Vectrons will be equipped with ETCS Level 2 Baseline 3 as well as national train protection systems. Manufacturing will take place at Siemens plant in Munich-Allach with delivery scheduled for 2024.

While the locomotives will primarily be used in Switzerland, they will also be capable of operating cross-border services to Germany and Austria.

The order follows an agreement with Südleasing to lease 20 Vectrons earlier this month and SBB Cargo says renewal of its main line locomotive fleet is necessary to replace ageing equipment. The operator adds that it will lease rather than purchase new locomotives outright to remain strategically flexible. It will continue to develop its long-term fleet strategy depending on political priorities for inland transport.

“With the Vectron locomotives, we can increase the reliability of our most important work equipment and thus further increase quality for our customers," says Ms Désirée Baer, CEO of SBB Cargo. “In addition, there are synergies in use and experience in maintenance, because this locomotive is already in use at SBB Cargo International.”

Siemens has sold more than 1400 Vectrons since the locomotive platform was launched in 2010.