SWISS Federal Railways (SBB) is planning heavy overhauls on its entire fleet of 119 Re460 electric locomotives by 2022 in a SFr 230m ($US 238m) programme which will be carried out at the SBB workshops in Yverdon-les-Bains. 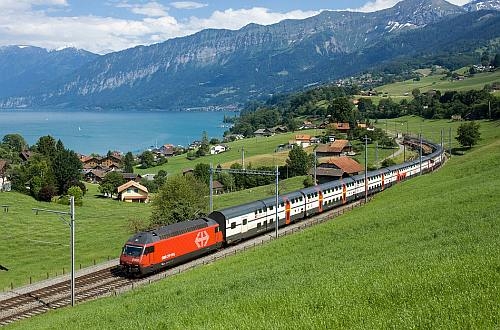 Preparations are already underway, and the first prototype is due to be finished at the end of 2015. In addition to a full repaint and installation of an upgraded driver's cab, the locomotives will be equipped with new power converters to reduce energy consumption and new compressors.

The 200km/h four-axle Re460 has been the backbone of SBB's long-distance fleet since the early 1990s. Built by a Swiss consortium of SLM and ABB the locomotives were introduced as part of the Rail 2000 project to modernise train services and increase capacity on the Swiss mainline network. The refurbishment programme is expected to extend their operating life by 20 years.