MATTERHORN Gotthard Railway (MGB), Switzerland, has awarded SBB a SFr 35.4m ($US 35.2m) contract to modernise nine HGe 4/4 II geared locomotives and three BDt driving cars, and supply a spare parts package for the vehicles. The vehicles will be refurbished at the SBB workshop in Bellinzona over the next four years. 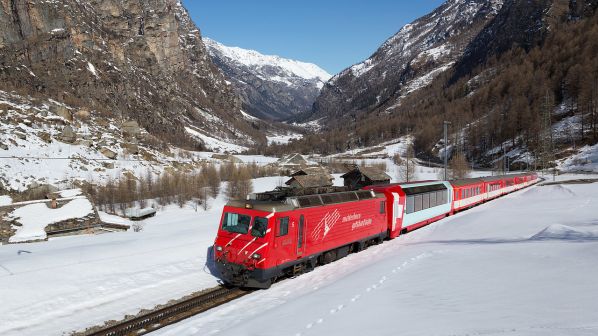 The modernisation of the 11kV 16.7Hz ac locomotives, which were built by SLM in 1985-1990, will include replacing the electric drive with modern converters using Insulated Gate Bipolar Transistor (IGBT) technology and new asynchronous motors.

Modern control technology will also be installed which, with the new driver’s cab display, will provide both the driver and workshop personnel with specific fault and diagnostic notifications for quick troubleshooting.

The refit programme also includes the installation of a new train protection system, fire alarm system, adjustments in the cab and the renovation of the outer shells. The contract includes the adaptation of three control cars for MGB’s car-transport trains.

The first locomotive was transported by low loader from Brig to Bellinzona at the beginning of October and is now being refurbished. Modernisation of the remaining locomotives will be completed by the end of 2022, followed by the three driving cars.