The locomotives the first of six ordered under a two-year lease. 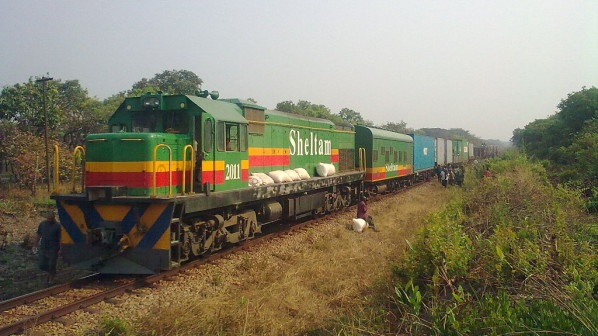 SENEGAL National Railways (SN-CFS) has completed a virtual handover with Traxtion Group, South Africa (formerly Sheltam) of three type GL26MC or South African class 33-200 locomotives built by General Motors Electro Motive Division between October 1966 and May 1967, which are being delivered under a two-year full lease and maintenance contract.

The handover was conducted virtually, with R&H Rail acting as independent quality inspectors on behalf of SN-CFS due to travel restrictions caused by the Covid-19 pandemic.

The locomotives are the first from an order for six being leased by SN-CFS. The full order will include five refurbished mainline diesel locomotives and one shunting locomotive, with the remaining three units to be delivered later.

The 1.5MW locomotives are compatible with air and vacuum brakes and have been adapted from 1067mm-gauge to operate on Senegal’s 1000mm-gauge network. The locomotives will undergo additional inspections upon arrival in Senegal to ensure the safety of the modified gauge.

The locomotives will be maintained by Traxtion at SN-CFS workshops. The contract also includes driver training and skills transfer.

The purchase is part of a wider restoration of rail operation in the country, including the 1200km Dakar - Bamako line, which connects the capitals of Senegal and Mali. Regular services on the line ceased in 2003.

The restoration work is being carried out by China Railway Construction Corporation (CRCC) under contracts with a combined value of $US 2.75bn awarded by the two countries’ governments in December 2015. It is hoped that the restored railway will stimulate economic growth in the region, supporting its growing mining sector.