THE board of Southeastern Pennsylvania Transportation Authority (Septa) has approved the acquisition of 13 ACS-64 electric locomotives from Siemens as part of its budget for the 2015-16 financial year, which starts on July 1. 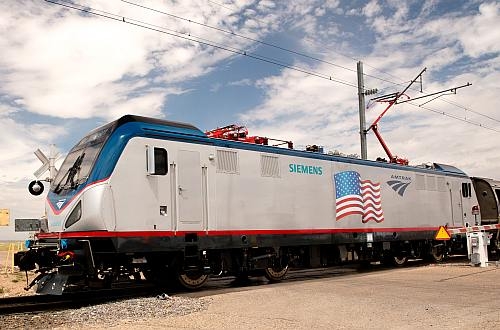 The contract includes an option for five additional locomotives and could be worth up to $US 154m if all 18 units are ordered.

The order will be Septa's biggest investment in new rail vehicles since it signed a $US 254m contract with Hyundai Rotem for 120 Silverliner V commuter EMU cars nearly a decade ago.

The locomotives will be almost identical to the fleet of 70 ACS-64 Cities Sprinters currently being delivered to Amtrak for inter-city services on the Northeast Corridor from Boston to New York and Washington DC.

Septa is due to receive its first ACS-64s in 2018 and the fleet will replace eight ageing AEM-7 and ALP-44 locomotives on Lansdale – Doylestown, Paoli – Thorndale, and Wilmington – Newark commuter services, and will also enable Septa to increase capacity by expanding the overall size of the fleet. The ACS-64s will operate with the existing fleet of push-pull coaches, although Septa is planning to order 45 double-deck coaches to further boost capacity on its Northeast Corridor services.

The Septa board has also approved a number of other investments, including $US 29m for a new station and 895-space car park at Lansdale, $US 20.2m for the reconstruction of Levittown station, and $US 8.3m for the upgrading of Exton station.

Septa's 2015-16 operating budget has been set at $US 1.36bn, including a subsidy of $US 658m from the state of Pennsylvania. The budget does not include any plans for fare increases.