The contract includes maintenance over 35 years. 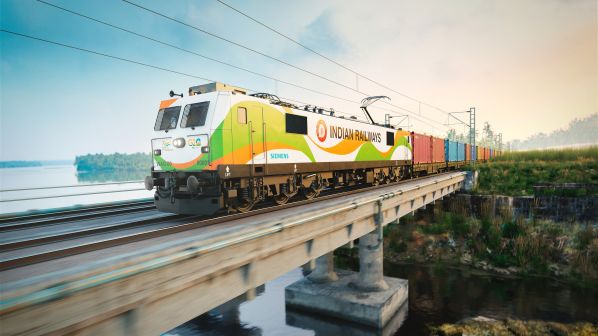 SIEMENS Mobility has announced that its contract with Indian Railways (IR) to supply 1200 6.6MW electric locomotives includes full-service maintenance over 35 years, taking the total value the contract to €3bn.

According to Siemens, this is the largest locomotive order the company has ever won.

Siemens will design, manufacture, commission and test the locomotives, with deliveries planned over an 11-year period from 2024. The locomotives will be assembled at the IR factory in Dahod, in the state of Gujarat, and maintained at IR depots in Vishakhapatnam, Raipur, Kharagpur and Pune. Locomotive assembly and maintenance will be jointly undertaken by Siemens and IR staff.

“Siemens is supporting the sustainable transformation of India’s transport sector as the country seeks to almost double freight capacity on its railways,” says Siemens CEO, Mr Roland Busch. “I’m proud that this major order will help India achieve its ambitious goal of creating the world’s largest green rail network, as our locomotives will save more than 800 million tonnes of CO2 emissions over their lifecycle.”

“These new locomotives will help increase freight transport on one of the world's largest rail networks, as they can replace between 500,000 and 800,000 trucks over their lifecycle,” says Siemens Mobility CEO, Mr Michael Peter. “This historic order cements a firm commitment from Indian Railways to achieve 100% electrification of rail traffic in India. Our partnership will further strengthen Siemens Mobility’s position in India and support the country’s expanding railway market.”

The locomotives will be able to haul trains of 4500 tonnes at up to 120km/h and will be equipped with advanced propulsion systems produced locally in Siemens Mobility factories in India. The Indian government plans to increase rail’s market share of freight transport from 27% to between 40% and 45%.