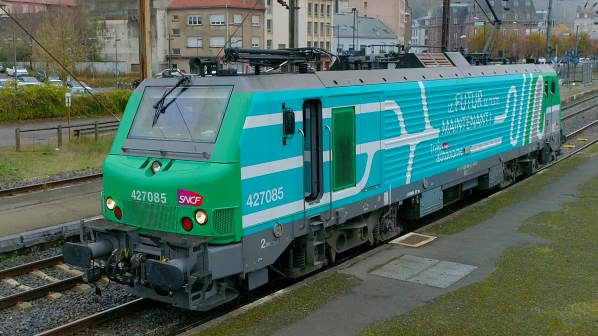 A Prima BB 27000 locomotive ran on the 18km line between Longwy and Longuyon, in northeast France, with the vehicle accelerating and braking autonomously under supervision of a driver.

The trial, conducted on October 29, is a key step in SNCF’s Autonomous Train project, which it launched with Alstom, Capgemini Group subsidiary Altran, Apsys, Hitachi Rail, and Railenium in 2018.

More than 100 staff members took part in the project, which included the design of the computer systems, cabling and software programming.

Under the next stage of the project, SNCF plans to operate a train at GoA2 on a line equipped with conventional signalling by the end of 2021, without requiring any modifications to the infrastructure.

Engineering work is also ongoing to develop the various functions required for fully autonomous operation, such as obstacle detection and environment monitoring. 12 test sessions have been scheduled, which should enable the gradual addition of the functions required to increase the level of autonomy.

The consortium plans to operate a fully-autonomous prototype in 2023.

SNCF says autonomous trains will provide a number of benefits, including increased capacity and frequency, and more environmentally-friendly transport options due to reduced energy consumption.

“Our shared project has just passed a key stage, in adherence to the schedule that was announced,” says Mr Luc Laroche, director of the Autonomous Train project at SNCF. “It’s a success. The research and tests conducted with our partners over these two years have allowed us to make rapid progress towards the autonomous train, and we are overcoming the technical obstacles one by one. Our work is aimed at making the rail mode more competitive and will contribute to developing a more environmentally-friendly mode of transport.”