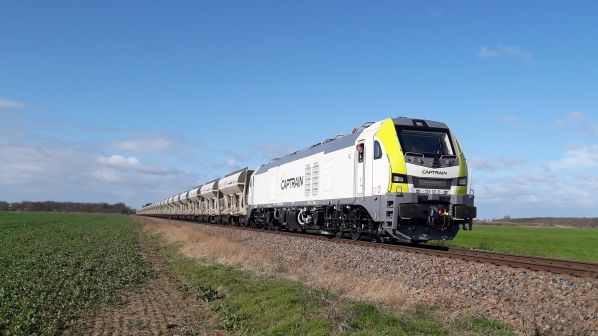 The 120km/h locomotive has a 7MW power rating while using 15/25kV ac traction plus a 2.8MW Caterpillar C175-16 EU Stage IIIB diesel engine. EBA approval for the locomotive was granted in mid-February and delivery of the other three units is expected later this spring.

Following this approval, the first Eurodual unit delivered to German operator HVLE by Stadler entered service on February 17. HVLE has 10 locomotives on order; the first three have been delivered and the other seven are scheduled for delivery in early 2021.

The first Eurodual locomotives for leasing company ELP, will be used by freight operator HHPI in Germany. They are currently on test in the Braunschweig area. Stadler has also confirmed that ELP has ordered 10 more Euroduals, bringing the total on order to 40.